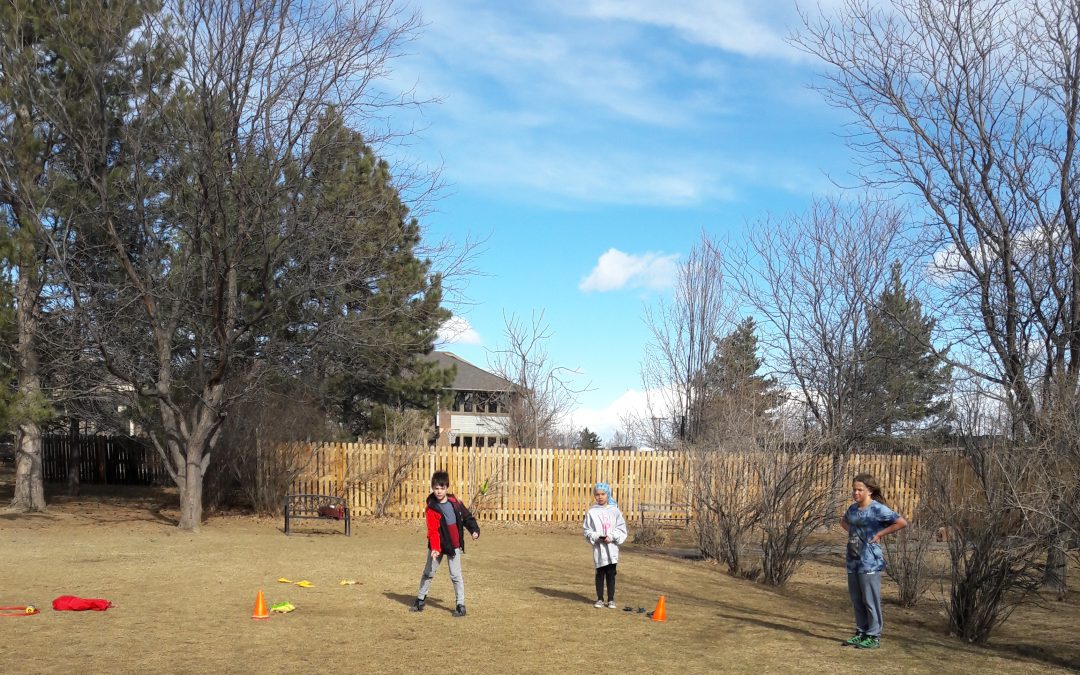 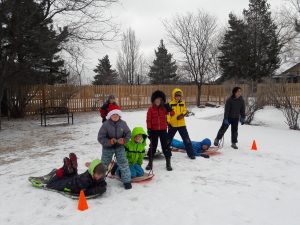 The 2018 Bixby Winter Olympics have concluded and they were a roaring success! It all started with the 3rd Graders performing our Open Ceremonies at assembly on Feb. 9th. Over the next 3 weeks, classes attempted many of out own versions of Olympic events. Using the sleds on the sports field, we created a bobsled course which students formed teams of 2, 3 and 4 and racing while taking turns pushing, pulling and riding. Biathlon, was a combination of running between stations spread out between fences in our outdoor area and throwing dodge balls to knock down cone targets. My personal favorite was Fish Curling. Teams tossed 5 rubber fish, attempting to score points by getting them inside a painted circle or having them land in an upright position. Many strategies were incorporated in whether a team attempted to knock out their opponents fish or try to score more points through getting their next fish to land upright. Standing on Frisbees on the gym floor, students practiced figure and speed skating with finesse. Jumping off various mats, students worked on aerial skills: jumps in various positions- tucks, straddles, pikes and straight body, twisting moves- 1/2 and full turns, and safe landing positions with sticking their landings. Thankfully, we only have to wait 2 more years until the Summer Olympics!!