Building The Leaders Of Tomorrow 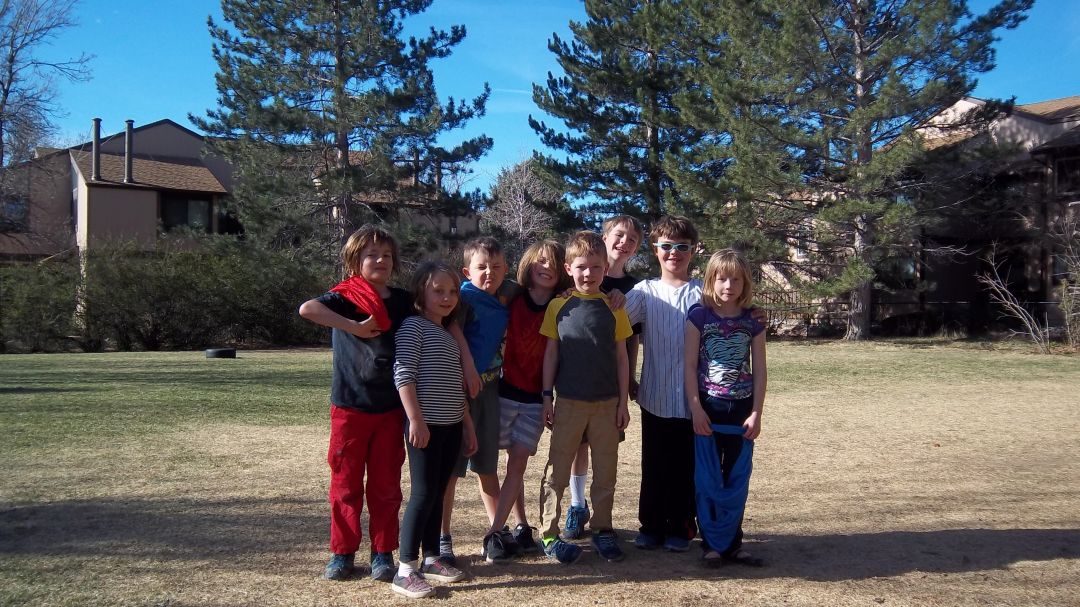 The other day I came across a scene on the soccer field while picking my kids up from the after-school program that was so “Bixby” I had to sit and observe for a while. It was a beautiful, sunny fall day and many of the kids were outside playing on the soccer field. Two third graders were throwing a frisbee back and forth while a second grader tried to talk them into playing football instead. A few first graders were playing catch with a teacher. A mixed age group of K-5 kids was playing a game two of the 5th graders had made up that very afternoon, which had some sort of complicated set of rules for how to earn points while running laps around a field.

The kids naturally pursued the games and activities they were most interested in and fluidly moved between groups as their interests changed. When disagreements arose within the groups the kids calmly discussed them, often with the older children taking the lead to ensure even the Kindergarten voices were heard. The teacher jumped in periodically to offer some additional support when needed (e.g., reminding the child who was unsuccessful in his football game attempts that the teacher can’t force the other kids to play football), but largely the kids were on their own. While getting exercise and practice entertaining themselves, the kids were also practicing problem solving, creativity, flexibility, focus, communication, perspective-taking, self control, flexibility, and a host of other skills.

The skills the Bixby kids were displaying in spades that afternoon aren’t just any skills, they are executive functions, and their mastery early in life predicts a wide range of beneficial life outcomes such as academic and career success as well as physical and mental health (1). These lifelong impacts are no surprise given executive functions are the skills we rely on to help us achieve our goals in the world. Recent research from neuroscience, education, and psychology shows that executive functions are not innate; barring a neurological disorder they can be trained and strengthened through intentional practice in the same way we can learn to play a musical instrument or ride a bike by diligently practicing those activities.* The more an activity encompasses a variety of executive functions (such as the unstructured nature of the after-school program), the better those skills will transfer to other activities and endeavors. 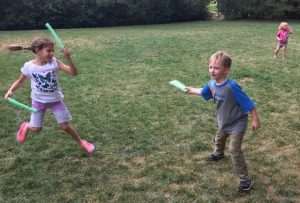 Bixby’s after-school program, like much of what happens at Bixby, reflects an intentional effort to cultivate the skills kids need to be successful not just in their academic careers, but in life. Bixby students learn as much reading, writing and arithmetic as students at any other school. What sets Bixby apart are the extraordinarily skilled teachers who are deeply committed to Bixby’s mission to cultivate executive function skills: critical thinking, independence, self-confidence, empathy, respect, responsibility and a love of learning. With this additional focus on precisely the skills science tells us are important for our elementary children’s lifelong success, it is no surprise Bixby graduates go on to have extraordinary careers and accomplishments throughout their lives.

*Note that in the same way learning to drive a car will not make you an expert in riding a bike, playing video games to improve executive functions will not make your child substantially better in real world applications of those functions, such as paying attention in class. The only things with a large degree of evidence for across-the-board benefits to executive functions that don’t involve explicitly practicing those functions are regular exercise and sufficient sleep.

Mom of Bixby 3rd and 5th graders; Trustee and Secretary, Bixby Board of Trustees