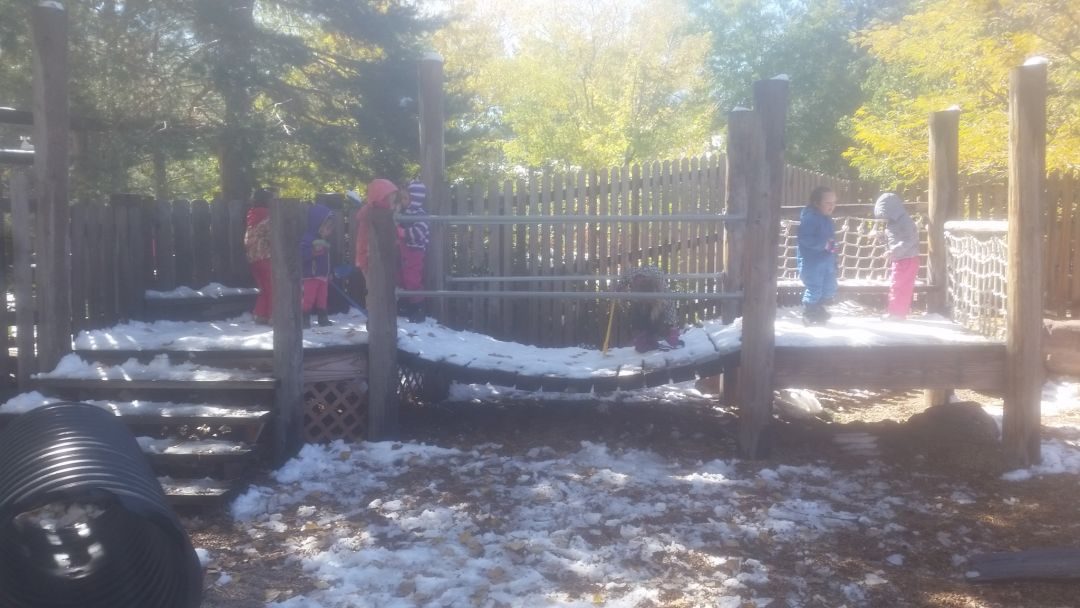 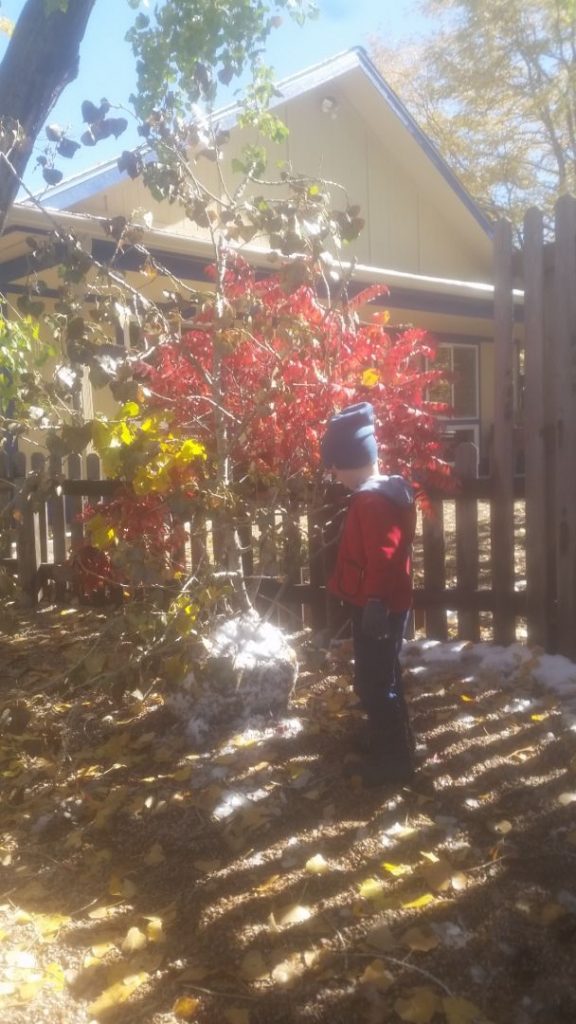 A giant snowball holding branches with fall leaves is a wonderful example of creativity with the season. The children enjoyed picking the leaves from the “snowball tree” because it didn’t hurt the tree! Several children felt the snowball tree was magical and played endless games.

One game that was practical and fun was shoveling the steps and bridge at the playground. The children decided as a group to shovel the snow, where to put the shoveled snow, and how much to shovel!

With snow and sun the children observed melting and dripping and what happens when you step on ice, snow or slush. In the sandbox, the children had new material to make sand pie with snow cream.

The preschool children are ready for whatever the weather brings them, which inspires the teachers too!