Bixby School > Blog > Science > A Study of the Sun

A Study of the Sun 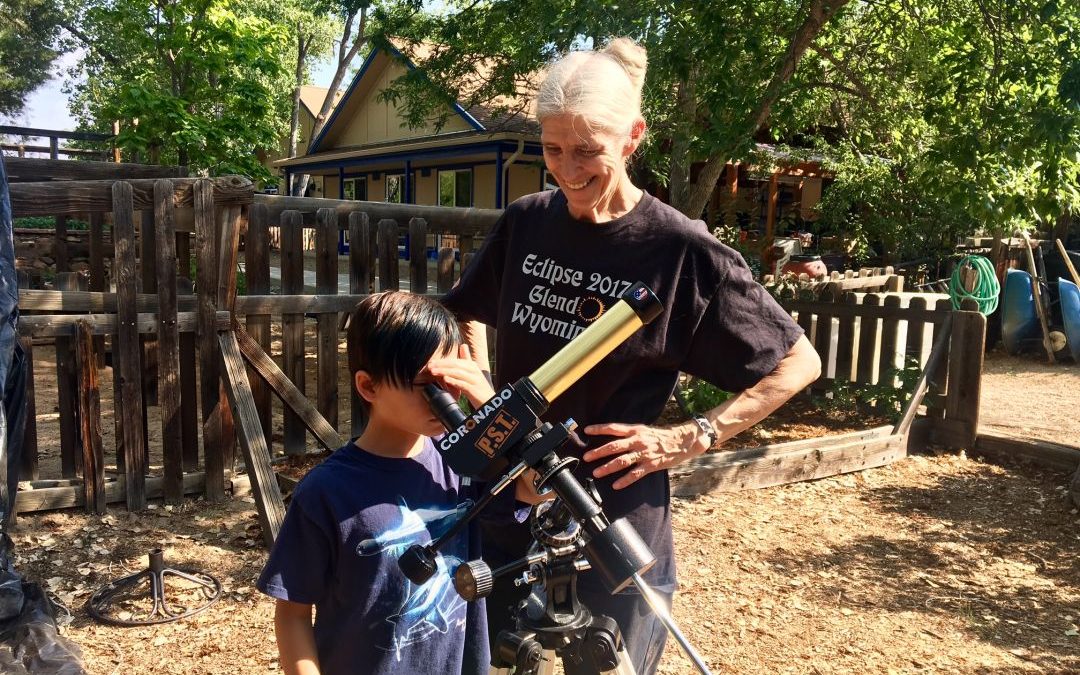 Since summer students had already viewed the eclipse at Bixby, we began the new term with a study of the Sun, and it’s significant connections to our own world. Starting from a single photo of the eclipse at totality, following our star has provided a very exciting week.

We began with an introduction to Galileo, in the form of a stuffed doll, and viewing his hand-rendered observation drawings of the sun using a hand-made telescope 400 years ago. By examining the drawings and also using an animation of them in sequence, students could postulate Galileo’s discoveries concerning sunspots and stellar rotation. We discussed the problems he developed as a result of not knowing safe viewing precautions.

Then we went out to use the modern safe solar telescope so students could see the face of their own star with sunspots and prominences. They made their own drawings of these features and recorded the dates in their own notebooks. Having experienced these beautiful aspects of the Sun, we used the computer to view the same spots on a solar forcasting site, and evaluate the effects of the solar weather on Earth. Since an alert was posted for an incoming shower of particles from a coronal mass ejection that would impact the planet later that day, we also explored how the particles generat auroras. The auroral oval of showers is visually predicted on the website, as are videos of auroras from affected regions. We even listened to an audio reprocessing of auroral light from Jupiter that was sent back from the Juno exploratory spacecraft that the students declared was “spooky-cool”.

Students are now in the process of making models of the sun featuring its internal layers to help them understand its structure and capture some nifty science terms.

Every day, I added new visual posters to the room, and student questions about them guided their own inquiry in various directions. Each group has examined the topic in a different way, in a variable sequence, but all have posed significant questions and demonstrated engagement in our activities.

A quick summary of significant additional topics which emerged included:
Spaceweather
The sun cycle
Multi-wavelength imaging
How to keep track of one’s notebook and pencil
Solar structure, loops, flares, prominences, and coronal mass ejections
The impacts of unpopular ideas
Spacecraft as information and viewing platforms
The “sound” of the Big Bang
How to safely use sharp tools
Nebulae as stellar nurserys
Magnetic fluids (magnetohydrodynamics is a cool word, but saved for next week)
How to avoid getting paint on your Bronco shirt

We enjoyed a good launch, it’s onward and upward now….