Wait, That Wasn’t Supposed to Happen! 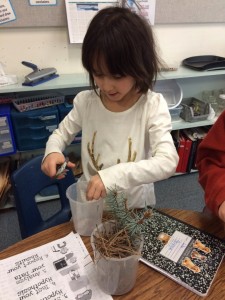 “Experience, the name men give to their mistakes.” – Oscar Wilde

We took some chances with science fair projects this year, your children and I, and the lessons emerging aren’t exactly the ones we expected.

We didn’t count on the less-than-cooperative live subjects.

Last week, two science fair teams loaded 90 ants into six soda bottle ant farms. They dipped cotton balls in water and laid in pieces of fruit, just as their research suggested. They lovingly poked air holes into the cover, and set their farms in a cool, safe place. By Tuesday, before anyone could differentiate food or count tunnels, the vast majority of ants had died. Only a few stragglers survived. 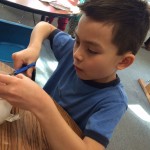 At the same time, a second grade class readied three different soil mixes for Venus flytraps, only to have the plants wither before anyone could re-pot them.

So now seems like a good time to talk about the word “failure” in science class. For many of us, myself included, a project-gone-wrong feels like a neon sign pointing toward inadequacy. Many school age kids feel the same way. “Failure” is a thing to be avoided at all costs. Yet it’s hard to avoid failure without avoiding challenge, and that’s the last thing we want for Bixby kids.

Science class is a prime, safe space to talk about failure. By looking at failure the way science does—as an opportunity to learn, as a way to create a new foundation for the next scientist to build on, as a thing to be expected, occasionally, instead of feared—children can appreciate all the effort they put into creating those ant farms and preparing that soil. They (and I) can embrace the risks and rewards of trying something entirely new. They can take pride in stepping out of their comfort zones, and take stock of all they learned that they didn’t know before.

As one scientist writes, “Scientists fail all the time. We just brand it differently. We call it data.”

We’ll spend the coming weeks celebrating the fact that science doesn’t always go the way we think it will. What does, really?